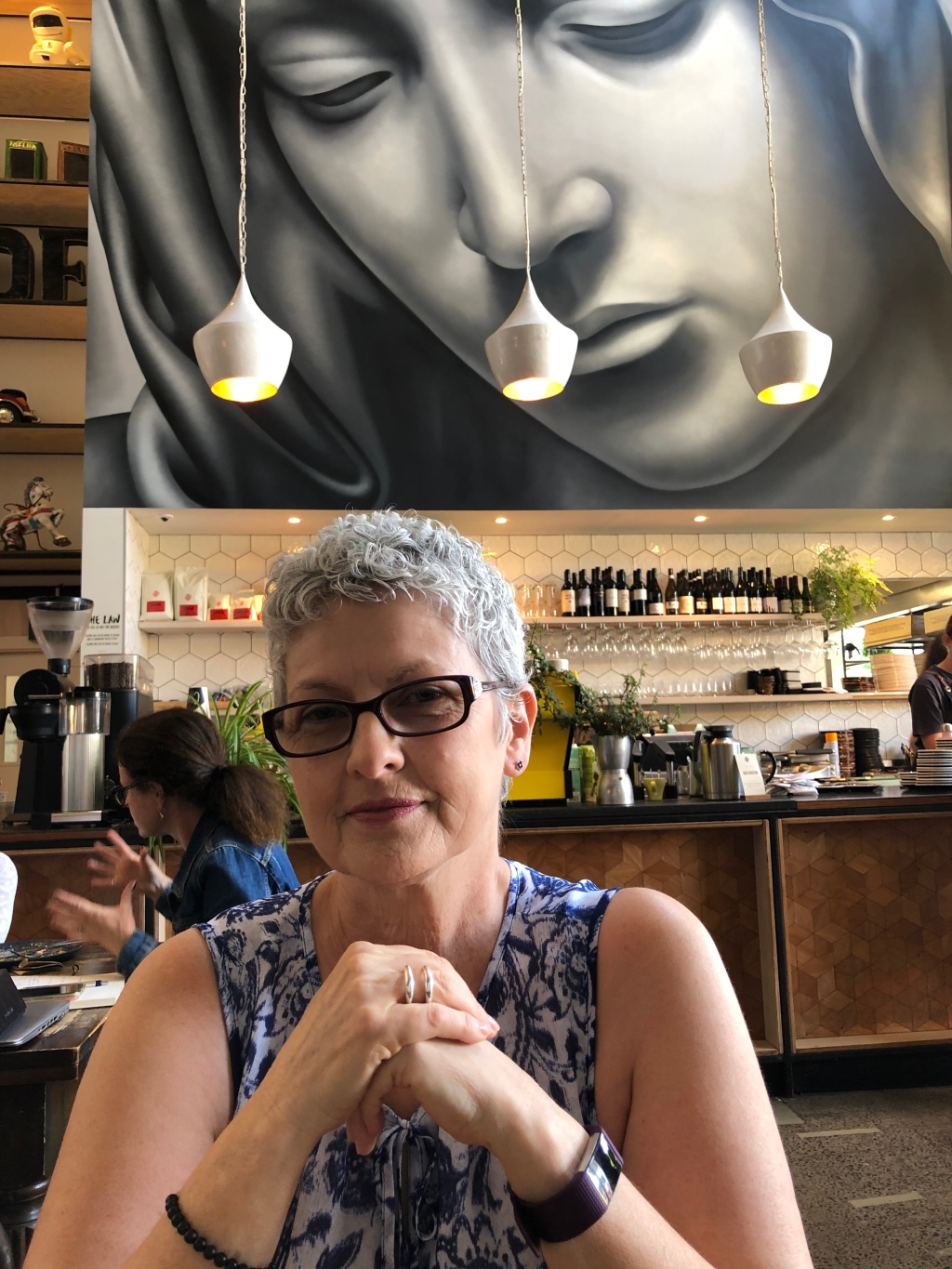 I’m not a teary man, not really. But I’ve wept more in the past few weeks than I have in my whole life.

And it’s all because of Darlene. My friend. Who’s dying.

I think it’s that I’ve been caught out. I’ve faced tragedy before. Lots of it, actually. I’ve experienced the death of people close to me. I’ve seen the untimely death of innocents, young and old. I sat with Jared Noel daily in the last few weeks of his life. But this tragedy has undone me.

I wasn’t expecting it, is the truth. Darlene beat breast cancer last year, as my wife did five years ago. I thought the stories would play out the same, because Darlene beats everything. Or at least achieves everything. Darlene is brilliant. And where she’s not brilliant, she works harder than anyone in order to be brilliant. So beating cancer was totally within Darlene’s capacity. I had no doubt about that. And when she did beat it, with chemo and radiation and hair loss and all that stuff, it was no surprise to me at all. What was a surprise was when news came through a few weeks ago that she had been diagnosed as stage 4 terminal.

And today, I weep again, because the news ain’t good. There’s talk of the hospice. The over-used word “riddled’ would not be out of place. Darlene told me herself via Messenger early this afternoon, in a message she signed off with … “Little sis”.

You cannot imagine my sorrow.

“Little sis” isn’t strictly fair, because Darlene is older than me. That she sees me as an older brother is a tribute I don’t deserve. She is, and will always be, the older sister I never had.

In fact, a friend pointed out to me just a few weeks ago, before news of Darlene’s terminal diagnosis, that I seem to have two Facebook sisters, who are so fond of me they cheer me when they suspect I need cheering, or chastise me when they believe I’ve gone too far, or laugh when no one else will at my ridiculously self-conscious humour. Darlene is one of the two.

I’m also going to say that Darlene is my one bona fide “fan girl” — though she’ll dispute this. Regardless, it has fed my ego over the past 10 years way more than I am comfortable to admit.

That’s how long we’ve known one another. Ten years. We met at Laidlaw College in West Auckland, when we sat on the same interview panel together to appoint a college “worship director”, I as the Head of Counselling, Darlene as a 1980s Kiwi pop star (it’s true! I have the vinyl record to prove it). I was immediately taken with Darlene, and floated the idea of her becoming my PA (I can’t remember whether I floated the idea out loud or kept it to myself). The intention was to share with Darlene the responsibility of shaping the degree that I’d been charged with pulling together. As it happened, Darlene didn’t become my PA, but she did become one of the first students to enrol in the degree program when it was approved by NZQA a couple of years later.

It’s fair to say, Darlene was my best student. Not just in terms of academic standard, but the student who took most away from the experience. And she draws from it still. A few weeks ago, Darlene reflected on it this way:

“I am not afraid, that fear that came was so connected to believing I was unknowable and unknown. But over the past 9 years I have opened my self and let others in and found a wealth of strength and frustration and curiosity. I really don’t know how else to process this except inside encounter now. It’s pretty tearful and exhausting but also feels truthful and real.”

If it weren’t for a handful of students, I would question my entire contribution to the human story over the past 10 years. And Darlene is at the very top of the list of people who remind me that the pain was worthwhile.

So … yes, I’m undone. I know how to process loss and grief and pain and suffering … turns out I don’t really know how to process love — not from the likes of Darlene, whose love is unconditional, rich, and unlimited. It’s true, I believe, that we don’t know what we have until it’s gone. I cannot imagine a world in which Darlene’s love is not freely accessible. And that’s what has me undone.

Because you’re not allowed to go, Darlene. It’s too soon. I won’t allow it. And woe betide the man, woman, or god, who stands in my way while I try to prevent it.