November 1982 was memorable for a couple of reasons. The first—I saw a naked grown woman in the flesh for the first time. The second—I heard Pink Floyd The Wall and finally woke up.

I spent a weekend with my cool uncle, who was a male nurse at the Leeds Hospital, famous at the time for the trauma the Yorkshire Ripper had inflicted on it. On my Mum’s side, I had a cool uncle and a stiff uncle. The cool uncle looked like Hugh Grant before Hugh Grant. He’d been divorced, drove a sports car, and was the closest thing to a black sheep the family had. The stiff uncle was a barrister, a preacher, a bachelor, and a Christian. He was also gay. But no one knew (or admitted they knew).

Anyway, we lived near Manchester at the time. A trip to Leeds was a big deal. Staying with John was a bigger deal. Meeting his new girlfriend, the gorgeous Ruth, was just about the biggest deal of all. And then I saw a naked woman—boobs, muff, the lot—and that topped everything.

John had bought us tickets to the theatre, the Leeds Playhouse, which had what was reputedly the biggest neon sign in the world. We were watching The Elephant Man, a play by Bernard Pomerance in which David Bowie had once starred. Alas, there was no Bowie in the Leeds cast, but there was a stunning auburn actress whose name escapes me, but whose breasts never will. Partway through a scene with John Merrick—the Elephant Man himself—the actress asked if he had ever seen a naked woman, and whether he wanted to. I leaned forward in my seat, hoping beyond hope that he would say yes. And indeed he did, slobbering more than I was.

‘Sit back,’ cool Uncle John said, because apparently I was leaning so far forward I was about to fall into the row in front.

And then it happened, a scene that is etched on my mind like an embossed birthday card. She took off every last stitch of her Victorian attire, and stood there naked and blushing from head to toe. I was in love. I also had what we in the north of England call a bonk on. I thought about marriage. Alas, I was 15 and she was mid-30s. Not only that, I had no idea who she was.

I did see her one more time. She was there at the bar drinking wine after the play, flirting like a dancer from the Moulin Rouge. She was fully clothed, but in 80s garb—brown knee-high boots, a flowing skirt, blouse and a brown jacket. I remember the outfit still. Or I have constructed a memory from my fantasies. Either way, she remains unforgotten.

The play was great too.

Then we got back in John’s red TR7 and he played a cassette of Pink Floyd The Wall. It was round about Another Brick In The Wall, Pt. 1 that I fell in love all over again, this time with Floyd. That bass, that delayed echo guitar. Those character interludes and the helicopter. Bloody hell. I couldn’t believe it. I knew of Another Brick In The Wall, Pt. 2. Every kid in England was singing ‘We don’t need no education’. We debated it in school. I also knew of the movie version starring Bob Geldof, who I thought was Pink. But this was my first time with the album. My eyes had been opened for the second time that weekend. How fitting that my first taste of nakedness should accompany my first musical orgasm.

Pink Floyd The Wall has been reissued on vinyl and I listened last night. I miss my old copy, which was scratched to buggery by the end. The new version sounds just as good, but with all the production problems that new vinyl seem to have, I swear the pops and static on the new record occur in the exact places they always did.

The only thing missing as I listened was John. He stopped being cool and unfriended me on Facebook. Perhaps he forgot, or maybe he never knew, how much that weekend meant to me, and how much it shapes me even now, 35 years on.

Which is what The Wall is all about.

It will always be in my top five favourite albums. And the unknown auburn-haired actress … incomparable. 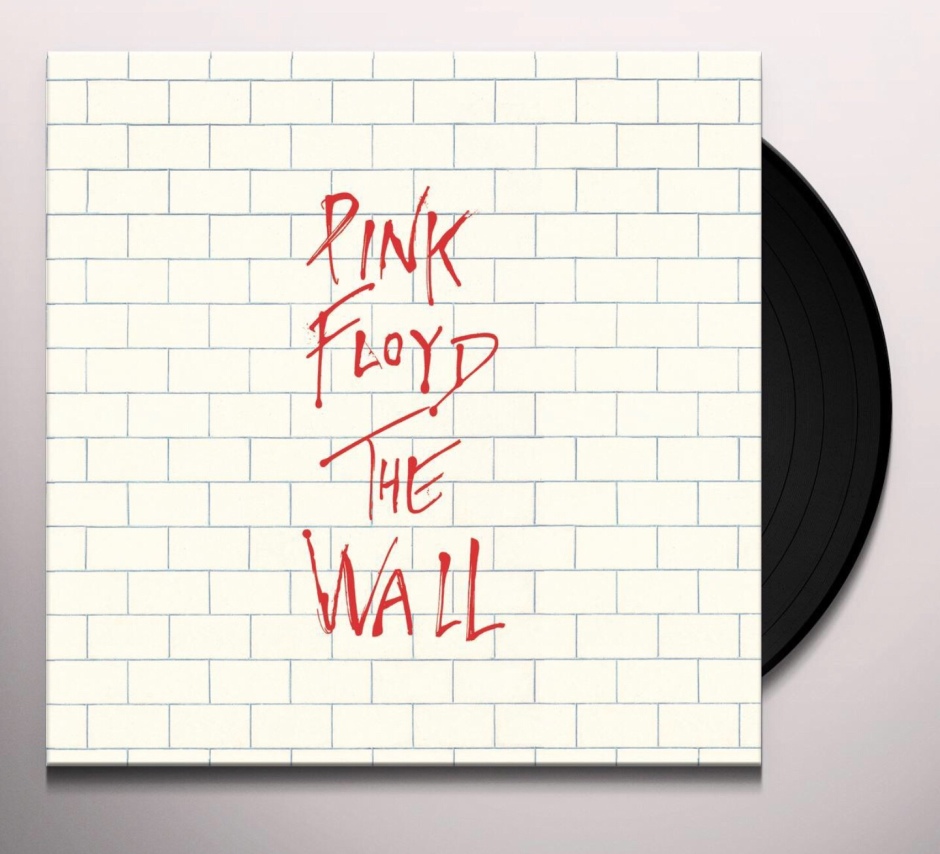